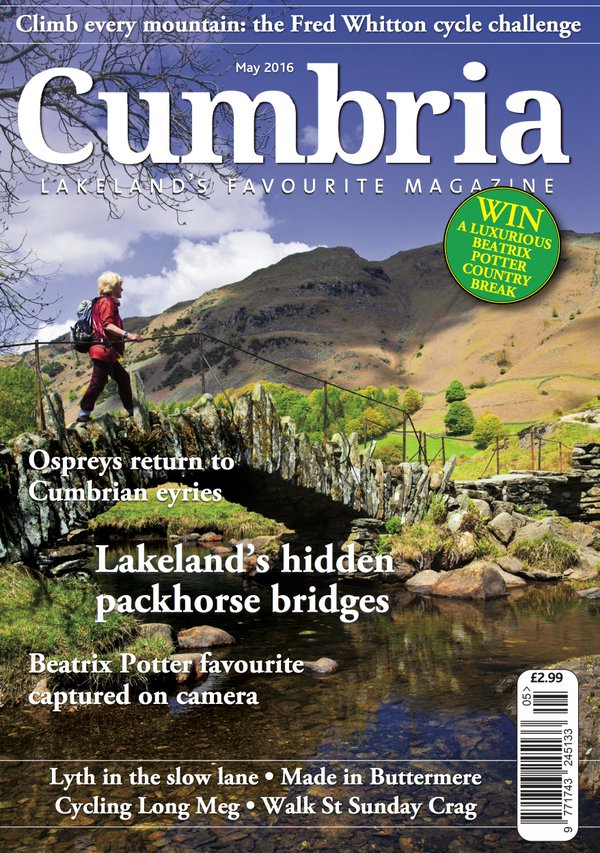 ‘Enthusiasm is fundamental to succeeding in a chaotic world. An enthusiast revels in adversity, and attacks the status quo’

The keyword in the title of my new book 64 Shots: Leadership in a Crazy World, is “crazy.” It’s a crazy world. Leicester City? That’s crazy. Trump? Crazy. Here are two (of 64) ways Cumbrians can bounce back from the Winter mayhem of this crazy world.

Enthusiasm is not just irresistible, it is unstoppable. French-Swiss writer Anne Louise Germaine de Staël was an intellectual, conversationalist, political activist, defender of women’s rights, and collector of lovers. She lived in exile much of her life. Napoleon banished her from Paris. Madame de Staël said: “Enthusiasm is the emotion that offers us the greatest happiness, the only one able to sustain human destiny in whatever situation destiny places us”.

Enthusiasm is fundamental to succeeding in a chaotic world. An enthusiast revels in adversity, and attacks the status quo. Companies don’t just need change managers today. We are beyond that in these crazy times. Organizations need people who enjoy chaos. In turbulence, hire people who love chaos, revel in mayhem, and fly at the storm.

‘Success is the ability to go from one failure to another with no loss of enthusiasm.’ Winston Churchill

Leaders need enthusiasm because it is inspirational, motivational, and infectious. I’ve given 1,000+ speeches. I have been called many things after them. “Unenthusiastic” isn’t one of them. Ninety-nine percent of presentations, pitches, and conversations in business are boring as bat scat. When you’re presenting, make sure that your body and vocal language burst with enthusiasm. Exercise before a big meeting. If you don’t exude energy, no one will believe it. Up, up, and away.

Win from the Edge
“The simple answer is usually the correct one,” said Saul Berenson in Homeland. Enthusiasm, emotion, and energy lead to the Edge. This is where creativity comes from.

Stephen Jay Gould’s theory of punctuated equilibrium is a geographical magnet. “Punk Eek” is the idea that change in a species happens first on the edge of the species, out on the margins, away from centers, inextremities where the population is most sparse and new forms of life are free to emerge. In Cumbria.

Innovation struggles to come from the center because the middle is too crowded, orthodox, and muddled. Change is at the cutting, leading, bleeding edge. Edge zones today are dynamic, uninhibited, and not bound by history. “It can’t be done” doesn’t exist on the Edge.

My advice to Cumbria? Don’t get sucked into the centre. The further you are from the centre, the more ideas will come into view. “I want to stay as close to the edge as I can without going over. Out on the edge you see all kinds of things you can’t see from the centre”, said Slaughterhouse-Five author Kurt Vonnegut. Edge is more the territory of novelists than management theorists, though the exception is proven with a critical 2003 book, The Deviant’s Advantage: How Fringe Ideas Create Mass Markets, by Watts Wacker and Ryan Mathews.

Today’s winners are dream chasers, risk takers, and rule breakers. Cecil Beaton, English photographer: “Be daring, be different, be impractical, be anything that will assert integrity of purpose and imaginative vision against the play-it-safers, the creatures of the commonplace, the slaves of the ordinary.”

The Edge is where creativity cuts loose in the Age of the Idea. Cumbria’s leaders go to the Edge.

Kevin Robert was born in Lancaster and is a Grasmere resident.