Home / View Point / Media / The Radical Optimist: Saatchi & Saatchi’s Kevin Roberts On How To Lead In A Crazy World – Forbes

The Radical Optimist: Saatchi & Saatchi’s Kevin Roberts On How To Lead In A Crazy World – Forbes 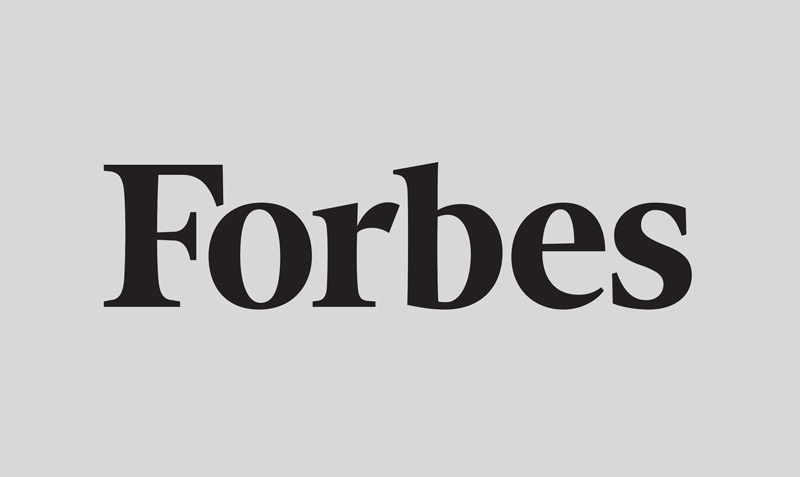 “Do you think we live in a crazy world?” Kevin Roberts asked me on a sunny afternoon, sitting with his back to the Hudson River waterfront glistening outside of his 16th-floor office window. The 66-year-old chairman at Saatchi & Saatchi Worldwide and head coach at Publicis Groupe certainly thinks we do. In fact, there’s a term for it — VUCA, which means volatile, uncertain, complex, and ambiguous. According to Roberts, the traditional idea of leadership where leaders simply strategize, give orders, and try not to make mistakes is dead. But the eternal optimist, Roberts is not worried. On the contrary, he likes feeling super-VUCA — vibrant, unreal, crazy, and astounding. And he has just written 64 Shots: Leadership in a Crazy World, a new book for those who want to be leaders in this VUCA and super-VUCA world.

As its title indicates, Roberts’s book contains 64 pieces of advice — or “shots” — in 16 categories. The idea is that readers pick out what’s useful to them and absorb it quickly, just like taking a shot (either a drink or a photo) or browsing social media. “I want you to snack on it,” Roberts says. “Don’t sit and gorge.”

I sat down with Roberts recently to talk about the book and how leadership today is different from in the past. Below is a condensed version of our conversation.

Monica Wang: What inspired you to write a book about leadership in the first place?

Kevin Roberts: This book was written for anybody who believes we live in a crazy world, relishes that, and wants to lead, whether you’re 11, 19, 59, or 60. If you don’t think this world is crazy, don’t read the book, because you’ve already missed the point. And if you don’t want to lead, then this book’s not for you. There are 64 little things. Some of them will entertain you, some of them will inspire you, some of them probably won’t resonate with you. But if there are three or four that do and will make you a better leader, then I’m going to be a happy bunny.

Wang: How is leadership different in a VUCA and super-VUCA world?

Roberts: The characteristics of leadership have changed, which is why I thought the book was important. I think in this world, in this generation, a leader’s first job is to inspire people to be the best they can be in pursuit of the company’s purpose. People are not going to work for companies that don’t have a purpose bigger than information, brands, or selling stuff. Your generation wants to make the world a better place and you want to do something good. So the first role of a leader is to inspire people and give them responsibility.

The second thing a leader has got to do in this fast-moving age is to make things happen. Leadership in the past was about not screwing up, not making mistakes, and getting things done. Leaders used to strategize, pontificate, and give directions. But leaders have got to execute today, because you live in a society where you want it now and you want it fast. Apple understood this when Steve Jobs was alive. It was not about making it perfect, it was about making it fast, and we’ll fix it.

The third thing that a leader has to do — and the most important thing — is to create other leaders. Your generation, unlike mine and the one in the middle, is here to lead. You’ve got confidence. You’ve got knowledge. All you need is some experience, and the only way you’ll get experience is by failing fast, learning fast, and fixing fast.

Wang: You mention in your book that “everyone can be a leader, and Generation Next is up for it.” But if everyone is a leader, who follows?

Roberts: We don’t need followers and we don’t need anyone to do what we say. We do need team players. We need the best receptionist in the world, the best assistant in the world, and the best driver in the world. In any team, you need a bunch of good players and one or two great players. They don’t lead by telling. They lead by sharing, so that all the other leaders around them stand up and become excellent at what they’re doing.

The first thing that makes a great team is having a great leader, whether that’s Michael Jordan, Lionel Messi, or whoever. Surrounding that person you have ten good leaders, all of whom lead in their functions and are functionally excellent and brilliant at being in a team. You don’t need a team of followers. You need a team of leaders.

Wang: You describe yourself as a “radical optimist” and urge readers to hire radical optimists. How do you stay optimistic while taking risks and calling the shots as a leader?

Roberts: Colin Powell once told me that “perpetual optimism is a force multiplier.” I’ve been optimistic since I was a little kid. My parents were both really negative, and my sister and I rebelled against their pessimism and became radical optimists. I don’t like conflict or confrontation. I don’t believe in blame, regret, guilt, or any of those terrible things. I think we all have an emotional broadband, and if you clutter up your emotional bandwidth with regret, pain, worry, guilt, and negativity, how much room do you have left for joy, optimism, and happiness?

I never raise my voice at work, ever. I don’t yell at people because it’s not going to work. The right way is to nurture, support, and demonstrate. I’m a radical optimist because I believe we are the ones we’ve been waiting for.

Wang: How can leaders of businesses today achieve peak performance at their companies?

Wang: How do you tell if a company has purpose or not?

Roberts: Don’t work for a company that isn’t purpose-driven. Don’t work for a company that can’t talk about giving you responsibility immediately. To see if a company truly has a purpose, you go to the pub where the employees drink . You listen to them talk. You want to know what people think of Facebook in New Jersey? They all drink in two or three bars close to the office. Go to one of the bars, listen to what they say, and you’ll know. Are they whining, complaining, and moaning, or are they laughing, spirited, and ready to roll?

Wang: You previously wrote a book on ”Lovemarks,” a concept that you also mention in this one. What are ”Lovemarks”?

Roberts: Lovemarks are the future beyond brands. I came up with it because brands have all been commodified and are difficult to sustain in this market, so how do we survive? With brands that create loyalty beyond reason, price, benefit, and attribute. Brands have been built on trust, respect, authenticity, performance, and metrics. Lovemarks are built on all of that and also on three secrets: mystery, sensuality, and intimacy. You still have to deliver everything else, but Lovemarks are bigger than the numbers.

Wang: As a leader, how were you able to come up with the idea of Lovemarks, implement it, and get everyone to like it?

Roberts: By creating great ads, great ideas, and great stories and by competing and winning. Now everything is emotional marketing. Everybody is using love. But at first, people said I was crazy and that I had to keep love out of it. They couldn’t be more wrong. You’re seeing power move from media and brands to consumers, and consumers want to feel more before they spend their money. For example, as soon as Apple Music came out, I stopped everything else and went straight to Apple without even thinking, because Apple is in touch with me emotionally. I like to think it’s for creative people. Of course the product delivers. If you look at stream music and compare Apple with other services, it’s a different ballgame.

Wang: What is your biggest takeaway from Lovemarks and as a leader?

Roberts: This equation: that the future of a successful company is IQ + EQ + TQ + BQ, all powered by CQ. The leaders and companies of tomorrow will build companies around smart people with high IQs, meaning people who know how to fail, learn, and fix fast. That’s what business IQ will be. EQ is emotional quotient. How diverse are you? Are you representative of the population? Do your people have empathy? If not, then you’ll fail. If you just read big data, you’ll lose, because knowing what consumers say and what they do is not as important as knowing how they feel, and you don’t get that from data. TQ is technology quotient. Are you a slave to technology, or have you enslaved technology? BQ is bloody quick. You’ve got to do all this at amazing, warp-like speed. And everything is powered by CQ, which is creativity quotient. We have got to hire, teach, and educate. We have got to inspire our young people to think creatively and innovatively. We’ve got to bring that back in this new super-VUCA world. That equation is the key I think. You’ll all have to balance your own lives against that equation.