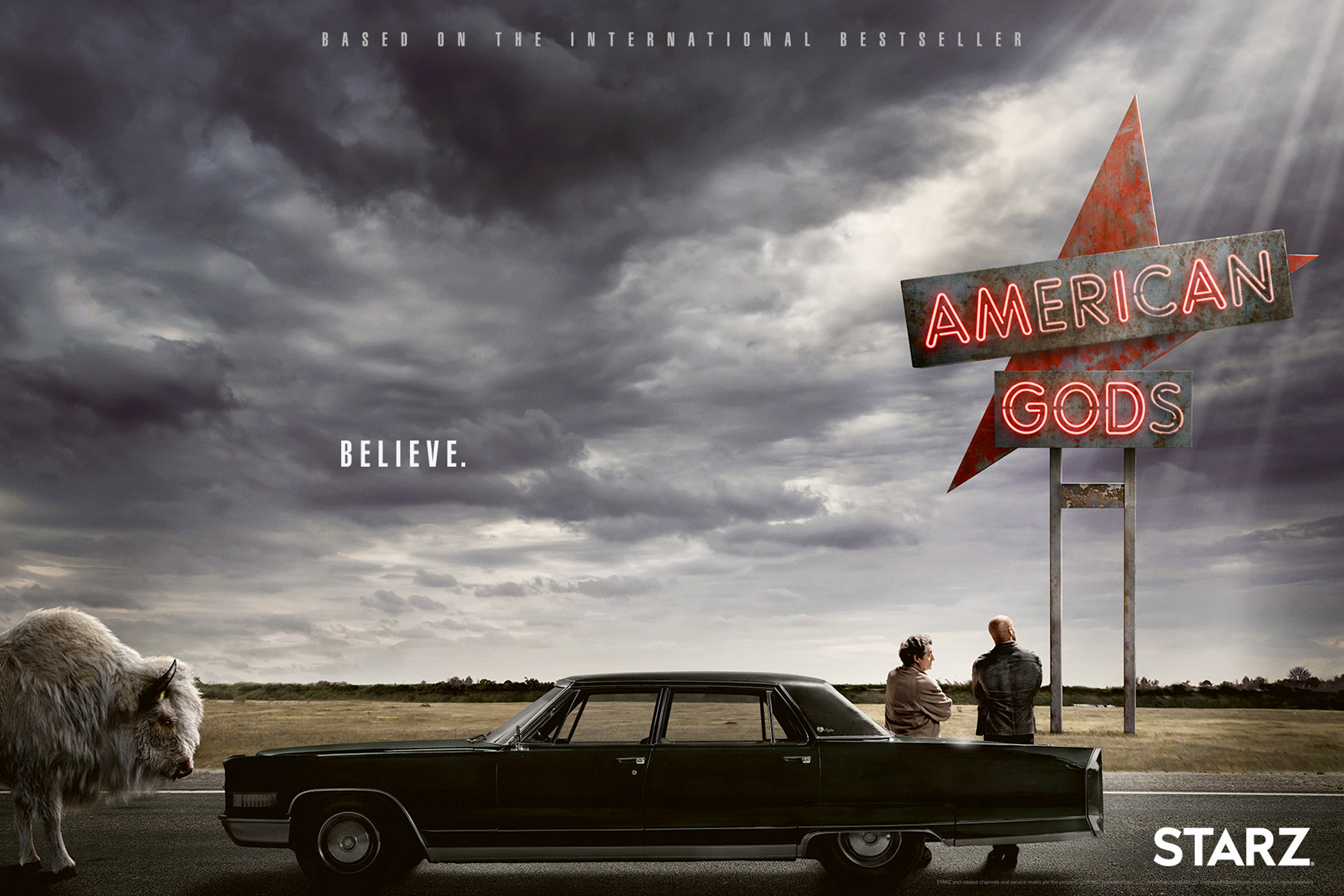 Is this the edgiest show on television? From the award-winning novel by Neil Gaiman of the same title, American Gods follows the story of a war brewing between old and new Gods: the traditional gods of mythological roots from around the world, steadily losing believers to an upstart pantheon of gods reflecting society’s modern love of money, technology, media, celebrity and drugs. Its protagonist, Shadow Moon, is an ex-con who becomes bodyguard and travelling partner to Mr. Wednesday, a conman but in reality one of the older gods, on a cross-country mission to gather his forces in preparation to battle the new deities.

American Gods is produced by FremantleMedia, the global creative content network with operations in 31 countries, producing over 11,000 hours of programming a year, rolling out more than 60 formats and airing more than 420 programmes a year worldwide. I’ve been working with FreemantleMedia on their inspirational leadership, high level purposing, and peak performance.

Two weeks ago American Gods premiered on Starz and Amazon Prime Video. The reactions and reviews from fans and critics alike have been absolutely incredible. But Gods hasn’t just been a massive critical hit. “Audacious,” wrote The New York Times. “Beneath the extraordinary imagery is a story about the power and evolution of faith, and of immigrants who helped to build and define American culture, only to see said culture turn against them.” The LA Times: “The result is a wonderfully eclectic mix of gory bloodlust and fairy whimsy, ethereal beauty and tenement apartment realism…In a media landscape littered with real-life villains and fictional superheroes, everyone could use a little godly intervention.”

Over five million multiplatform viewers to-date have tuned in to watch the show on Starz in the US, making it their highest-rated launch show of the season. At the same time, viewers in over 200 territories have been enjoying the show on Amazon. Starz has moved swiftly to order a second season.

Talk about peak performance. FremantleMedia just had a remarkable week. A weekend ago five of their shows dominated ITV’s ratings in the UK. And they have just announced the return of American Idol. (Bravo Cecile Frot-Coutaz, CEO and Expert Ninja)

I’ve written before on KRConnect about how television is the most compelling and engaging medium in the content landscape. It’s an intensely collaborative genre and every element of the ensemble cast, production crew, executives and presenting networks need to be working on the same dream, the same script, and same language. Neil Gaiman and Gods writers and showrunners Bryan Fuller and Michael Green have imbued the FreemantleMedia platform with an epic theme of the worlds and wars of gods, and in doing so have evolved the art form of television narratively, structurally and graphically.