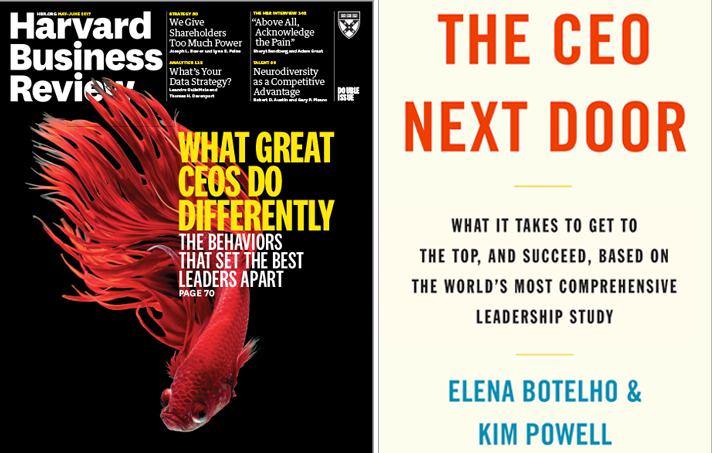 I lean heavily on the BQ factor – “Bloody Quick.” In my book 64 Shots: Leadership in a Crazy World I recount that, classically, a leader does three things: assess, decide, and execute. Short-handed to A.D.E. Typically in a business, leaders spend half their time interrogating the data, checking the facts and assessing. They spend 30 percent on discussion and consensus. The other 20 percent – execution – is a hospital pass to some poor sucker down the line. This is most businesses today: strategically driven, by-the- book, MBA-obsessed, ponderous. I argue for this model to be inverted: 20% assessing, 10% deciding, and 70% focus on execution.

A new 10­ year study from a leadership advisory firm ghSmart and economists from the University of Chicago and Copenhagen Business School, published in this month’s Harvard Business Review, and reported by The Washington Post, backs up my intuition and finds that the most successful chief executives often don’t fit the typical A.D.E. mold.

The researchers behind the study, called the CEO Genome Project, used a database of comprehensive performance appraisals and extensive biographical information of 17,000 C­suite executives, including 2000 CEOs. The database includes everything from career history to behavioural patterns to how the executives performed in past jobs, decisions they’ve made and demographic information. Their analysis examined a sample of 930 of those CEOs to come up with the traits and patterns that most predicted which ones became a CEO.

The #1 trait of successful leaders deciding with speed and conviction, even without all the needed information. The reports says “high-performing CEOs they stand out for being more decisive. They make decisions earlier, faster, and with greater conviction. They do so consistently—even amid ambiguity, with incomplete information, and in unfamiliar domains. In our data, people who were described as “decisive” were 12 times more likely to be high-performing CEOs.”

In 64 Shots I cite Colin Powell’s 40/70 Rule: “Use the formula P+40 to 70, in which P stands for the probability of success and the numbers indicate the percentage of information acquired. Once the information is in the 40 to 70 range, go with your gut.” The Post article references Jeff Bezos’s latest letter to shareholder in which he extols “high ­velocity decision­ making.” Echoing Powell, Bezos wrote that “most decisions should probably be made with somewhere around 70 per cent of the information you wish you had. If you wait for 90 per cent, in most cases, you’re probably being slow.” Being wrong isn’t always so bad, he said. “If you’re good at course correcting, being wrong may be less costly than you think, whereas being slow is going to be expensive for sure.”

Elena Lytkina Botelho, a partner at ghSmart and a co­founder of the project, said the #1 trait was the most surprising. “We frankly expected to find that strong CEOs stood out for the quality of their decisions — that they turn out to be right more frequently,” she said. “But what very clearly stood out was the speed. Quality was likely something they developed earlier, but then they’re willing to step up and make the decision faster, even with more uncertainty.” ­

Other findings from the survey:

The book of the study, The CEO Next Door: What it Takes to Get to the Top, And Succeed, Based on the World’s Most Comprehensive Leadership Study by Elena Botelho, Kim Powell can be ordered from 800-CEO-Read.

Oh, and the other three traits? Read my next post.