Home / Blog / A Day To Remember And Savor

A Day To Remember And Savor 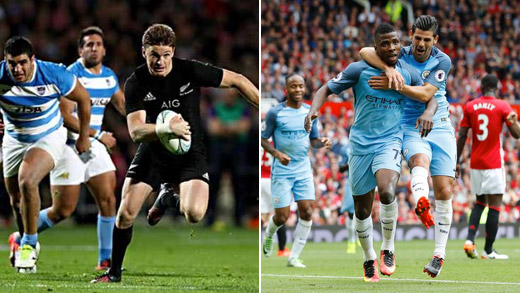 The All Blacks ran riot in the second half of the Hamilton Test against Argentina – scoring three tries in ten minutes to win 57-22 – after Argentina pushed them for 50 minutes to 24-22. Beauden Barrett then ripped them apart as Coach Steve Hansen replaced five players with hungry, ambitious, fresh blood from the bench.

And at Old Trafford, in the most expensive game of Football ever played (in terms of player cost), Manchester City maintained their 100% record under Master Coach Pep Guardiola, winning a pulsating contest 2-1 against Manchester United – playing a glorious brand of attacking, futuristic Football.