The Thrive Conference 2005: Ten ideas to inspire an abundant New Zealand Future – unbundle emotion, become irresistible, move to Tokyo and Shanghai, make the consumer boss, bust through with sisomo, get Edge, connect NYNZ, and make the world a better place. 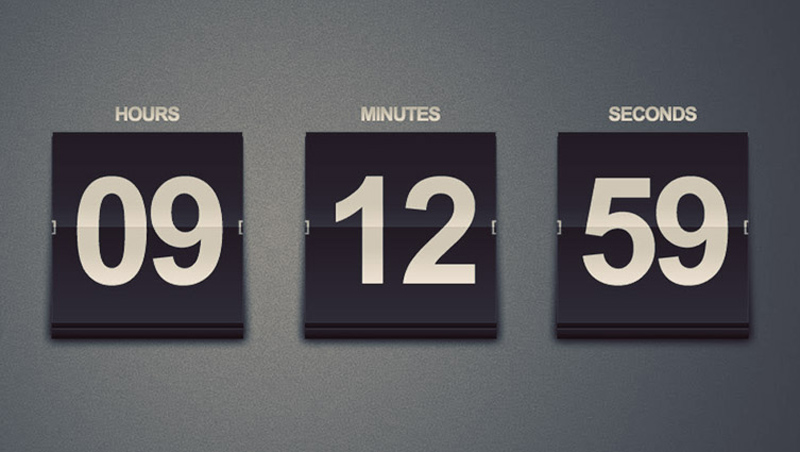 So this is terrific. Actually I’m not a big fan of thinking, rationality or reason. I love gut feeling and emotion.

The Tom Peters Tornado. Tom was in town last week and he described New Zealand as “mysterious”. This is great territory to be in. The first element of a Lovemark is Mystery.

Another “T” word is Terror. Last month I was asked to speak with several US intelligence agencies. I told them the term “War on Terror” is a dead space. I said I wasn’t up for a war. But I was up for a fight – absolutely, count me in for the Fight for a Better World.

I showed them how New Zealanders face a challenge by showing them the Haka!

My job is to engage with the world through ideas. To get quantum returns from multiple connections.

Here’s ten ideas that may help you Thrive.

Everything we do starts with an emotional connection. Don’t get stranded at the altar of logic, law, accountancy, physics and function. You’ll be outsourced by passion, biology and creativity. Or by the deepest of all emotions, love.

Thrive is about explosive emotion. That’s what Tana and Theresa and AJ all do. The difference between reason and emotion is that reason leads to conclusions, while emotion leads to action. So be emotional whenever you’re about to make a big decision.

Today’s brandscape is commodified and saturated to hell. Cars start first time and all beer tastes good. How do you rationally choose between them? You don’t.

Performance, Reputation and Trust open the curtain. Mystery, Sensuality and Intimacy bring down the house. Emotions command premiums. As business people your focus must be to move beyond brands to Lovemarks and to create loyalty beyond reason.

A great brand is irreplaceable. Infused with Mystery, Sensuality and Intimacy, a Lovemark is irresistible.

Idea #4: Move to Tokyo and Shanghai

Go to Tokyo to tomorrow. Phenomenal electronics. Brilliant hybrids. We work for Toyota and Lexus around the globe. They’re unstoppable – because they understand about unleashing the Power of Paradox. We have much to appreciate from the way Japan organizes and finesses.

Go to Shanghai. Now. Go for the breadth. For the intelligence of the nation. How they organize masses of people in a dynamic way. For their ideas and guts.

Young New Zealand needs to reach into these great Pacific Rim and Asian cultures for learnings and markets and connections.

Idea #5: Make the Consumer your Boss

Saatchi & Saatchi works with eight of Procter & Gamble’s billion dollar global brands. Over the last five years CEO A G Lafley has turned P&G into a shooting star. One phrase drove this: “Consumer Is Boss”.

If you want to take off, make the consumer your fascination. Passionate fans are now the stars. The Toyota Prius owners who print their own brochures and give testimonials. Inspirational Consumers.

The people who love your brand, determine it. From shoppers to gamers, they are the passionate advocates, the radical optimists, the storytellers, the trendsetters, the moral guardians, the reconcilers of “stuff” and “spirit”.

Unleashing Inspirational Consumers is the recipe for your success.

Idea #6: Bust through with sisomo

The mass market is dead. Long live sisomo. Consumers choose what they watch and listen to, and what they will ignore. To cut through 3000 brand messages a day, only one question matters when a consumer sees your ad: “Do I want to see it again?”. If not, you’re pollution.

For voltage, you need Sight, Sound and Motion. sisomo. This is the new word.

For telling the story and getting the feeling, sisomo has no equal. I’ve always said the 30 second television spot is the greatest selling device ever invented.

Now television is just one part of the Screen Age. Our mobiles and computers are just as important.

We have a sisomo book out in October. Our design challenge is to make the book screen-like. For starters, it’ll take about seven minutes to read.

And between the pictures you’ll find our secrets for making fast and deep emotional connections in this multi-mix screenage.

Idea #7: Connect with our Edge

The OECD say one quarter of New Zealand ‘s tertiary graduates live overseas. This is 10 times greater than Aussie.

Our overseas population is our second biggest city. And we call then “expatriates”!

Our population is closer to five million than four.

There are more New Zealanders living in the world than Australians living outside of Australia .

This could be a good thing for the world!

Building our overseas people as a collective force for good is a multi-billion dollar opportunity.

Imagine all of us working together. Winning the world from the edge. Increasing our energy and reach.

We won’t succeed if we view them as a labour pool to meet skill shortages at home. What a turn-off.

Falling in love with our overseas communities and inspiring them to re-engage with New Zealand is the answer.

We’ve built an emotional bridge to our international people. We call it the New Zealand Edge. Edge of time. Edge of the world. Edge of your dreams.

There’s another place we must truly connect with. If we’re Edge, where’s Center? It ain’t Sydney, where we assimilate. It ain’t London, where the plumbing sucks.

The quantum connect is NYNZ. New York New Zealand. New York is the principal global location to which we should focus our commercial and creative outreach.

There are now seriously big investments occurring between New York and New Zealand , from superannuation to movies. Lots of business and cultural traffic going both ways. People co-locating.

Washington is important too. I moonlight as a business ambassador for the New Zealand United States Council.

We have to become relevant to America . A Free Trade Agreement won’t be lobbied. We must seduce Washington.

Let’s start by surprising with the obvious. Turn “Nuclear Free” into “WMD-Free.” Perfect!

The take-out is that we must build strong points of presence in a handful of the world’s major centres of influence. We do this through storytelling, advertising, creativity, by activating communities of New Zealanders, and by establishing a new sensual retail presence.

Business is the big game, the engine of human progress. The role of business is to make the world a better place for everyone. Business connects the flow of goods, ideas and experiences. Business leads innovation and creates jobs, choices, opportunities, self-esteem – and tax revenue.

Business holds the power to turn the tide through our dreams and visions. Martin Luther King did not say “I have a mission statement”.

I said to America ‘s intelligence agencies that changing the language to “the fight for a better world” wouldn’t cut it by itself. There has to be real commitment.

Some smart economists met in Copenhagen recently to work out the world’s most addressable big problems.

They concluded that the world would benefit most by solving HIV/AIDs, malnutrition, trade protectionism and malaria. US$70 billion would seriously address these calamities that kill millions each year.

What can New Zealanders do? First is to appreciate that this truly is Paradise, and that we can change the world.

Second is to get involved personally. For $5 you can fund a malaria net that will save a life. Help transform the lives of people with nothing.

Third is to innovate. Saatchi & Saatchi has been involved in new world projects such as self-adjusting spectacles and low-tech lighting schemes. Two billion people in the world have no light at night.

These things should matter to us. We should find a role. Our challenge is to go where angels fear to tread.

A Government Minister recently called for the institutionalisation of innovation, saying #8 wire ingenuity is a quaint myth that should be put out to pasture.

Tell that to the people at Wingnut and Weta.

You can’t catapult growth through process. Inspiration is needed. The iPod was not the product of a committee but of sheer bloody ideas, insight and imagination.

The idea that floors you in the hallway, the shower, the shed. Lovemarks hit me at three in the morning, after punishing two bottles of Bordeaux.

New Zealand is in danger of being processed off the map. Lots of interesting stuff but no gravitational pull.

We need Inspirational Dreams and Inspirational Players. Great hearts who leap oceans and breathe fire to make our country and our world a better place.

I want you to walk out of here today with a new role in life: “Inspirational Player“. These are the only two words you need. “Manager” and “Leader” are just labels.

New Zealand richest resource is not its landscape. It is an abundance of “I”s and “E”s